Punctuation within and around dialogue:

This is a single clause, with the speech and punctuation contained within the quotation marks.
This works as long as the reader knows who is saying it.

1a. Multiple and/or complex sentences within the one section of dialogue.

This is a complex sentence made up of more than one clause. The example also follows on with another simple sentence, all within the quotation marks.
Again, it works if the reader knows who is talking.

2. Attributed dialogue:
Dialogue that is attributed to a character.

Again, a single clause, this time with a tag to let you know who is saying it. The tag can be a pronoun if it is already apparent who that pronoun is relating to.
The comma or other punctuation sits INSIDE the closing quotation marks.
The attribution isn’t capitalised (unless it’s a proper noun or ‘I’), as it is still part of the same sentence.
This rule still applies to questions or exclamations.

If the attribution comes before the dialogue, then the punctuation sits OUTSIDE the quotation marks EXCEPT AT THE END.

You’ll notice the comma still separates the attribution and dialogue.

4. Complex dialogue.
Dialogue with attributions, actions, and narrative thrown in all at once can be intimidating, but if you look at it logically, taking into account the rules above, it all makes sense.

If you look carefully at the conversation, you can see a mixture of all the rules, and you can see where full sentences are finished with correct punctuation, both within the dialogue, and in the narrative that is mixed in with it.
Remember, a new paragraph when the speaker changes.

There is more to it than this, but here are the basics.
More on complex dialogue another time. 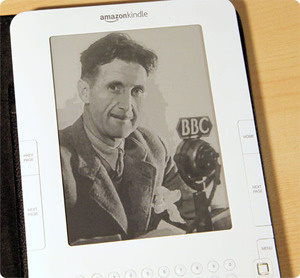 “Thousands of people last week [back in 2009] discovered that Amazon had quietly removed electronic copies of George Orwell’s 1984 from their Kindle e-book readers. In the process, Amazon revealed how easy censorship will be in the Kindle age. In this case, the mass e-book removals were motivated by copyright. A company called MobileReference, who did not own the copyrights to the books 1984 and Animal Farm, uploaded both books to the Kindle store and started selling them. When the rights owner heard about this, they contacted Amazon and asked that the e-books be removed. And Amazon decided to erase them not just from the store, but from all the Kindles where they’d been downloaded. Amazon operators used the Kindle wireless network, called WhisperNet, to quietly delete the books from peoples devices and refund them the money they’d paid.”

Read more via Amazon Secretly Removes “1984” From the Kindle. 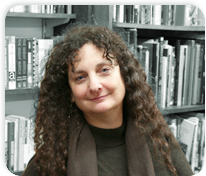 “Multiple award-winning editor Ellen Datlow has been editing science fiction, fantasy, and horror short fiction for almost thirty years. She was fiction editor of OMNI Magazine and SCIFICTION and has edited more than fifty anthologies, including the horror half of the long-running The Year’s Best Fantasy and Horror.Ellen is currently tied with frequent co-editor Terri Windling as the winner of the most World Fantasy Awards in the organization’s history nine. She has also won with co-editor Windling a Bram Stoker Award for The Year’s Best Fantasy and Horror #13, and with co-editors Kelly Link and Gavin J. Grant a Bram Stoker Award for The Year’s Best Fantasy and Horror #17. She has also won the International Horror Guild Award for her anthologies The Dark and Inferno; the Shirley Jackson Award for Inferno and Poe; the Locus Award for Best Editor in 2005, 2006, 2007, 2008, and 2009, and the Hugo Award for Best Editor 2002, 2005, and Best Editor Short Fiction 2008 and 2009. In addition, SCIFICTION won the Hugo Award for best Web site in 2005 as well as the Wooden Rocket Award as best online magazine for 2005.”

It’s my pleasure today to announce that the anthology For the Night is Dark, featuring my short story ‘His Own Personal Golgotha’, has been released in both print and Kindle format via Amazon.

Other ebook formats coming soon.
It’s one of my favourite stories so far, and the collection seems pretty good, from what I have so far.
Edited by Ross Warren. 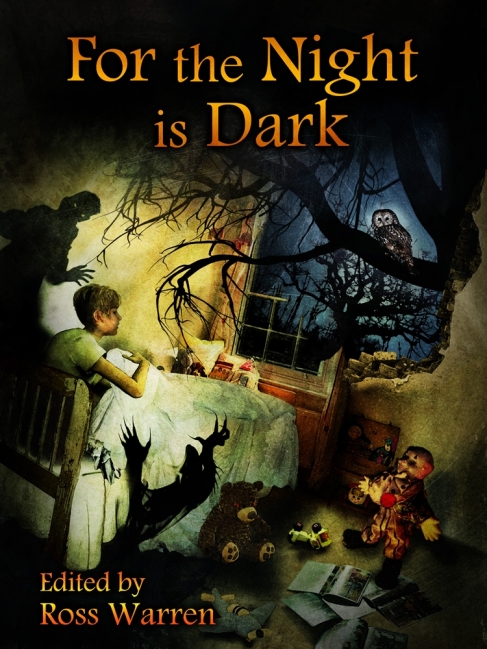 Amazon buys Goodreads. Good for readers or not?

“Amazon.com is gaining too much control in the publishing industry with its purchase of Goodreads, a social network for readers and a competitor in online book reviews, an authors group says. Goodreads, which allows users to add titles to virtual bookshelves and track what friends are reading, has 16 million members who have written more than 23 million reviews, Amazon said in a March 28 statement. The company said the deal will probably close in the second quarter and didn’t provide terms.” 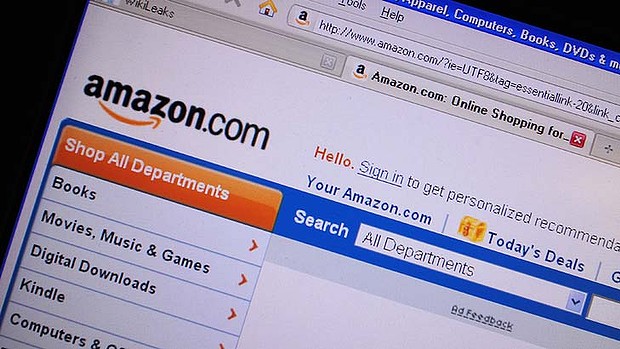