“I’ve written a lot of pieces on publishing success. I’ve talked about picking the right publisher, finding an editor, etc. All helpful, for sure, but this time I wanted to dig a bit deeper. I’ve been coaching authors for years on publishing, marketing, and idea creation. You name it, I’ve probably addressed it in a coaching session. The topics Im addressing in this piece are issues that seem to come up again and again when Im working with authors and while this might sound more like a goal-setting or Ra-Ra Tony Robbins piece, believe me when I say that often the difference between a successful author and someone who just dawdles on the fringes of success lies in these tips — so here we go:”

via Penny C. Sansevieri: 10 Surefire Ways to Succeed in Publishing.

The submission portal, http://www.harpervoyagersubmissions.com, will be open from the 1st to the 14th of October 2012. The manuscripts will then be read and those most suited to the global Harper Voyager list will be selected jointly by editors in the USA, UK and Australia.  Accepted submissions will benefit from the full publishing process: accepted manuscripts will be edited; and the finished titles will receive online marketing and sales support in World English markets.

“There’s been a lot of stuff going around the interwebs lately about douchefucks paying for positive reviews, guerrilla reviewing their rivals with one star attacks, sock-puppetry and so forth. I blogged about it a little bit here and a web search will show loads of other people weighing in on the debate. The net result of all this is primarily twofold.

1. People are now distrustful of all positive reviews;

2. The real victims are readers, because now no one knows what or who to trust.”

There are ways to fight this trend.

“Whenever you read a book, take a moment to do the following:

Okay… a new competition.
You’ve all seen the photoshops I’ve done with famous people, characters and paintings incorporating the cover of Hammered?

Well, there’s an album of Hammered memes on the Hammered page as well.

Your mission, if you choose to accept it, is to do the same.

Create a Hammered Photoshopped image or a Hammered meme.
After three weeks (ending on Friday 28th September), I’ll judge the best attempt and award them a free signed copy of Hammered (postage included).
To enter, create an image and post it on both your own page (with a link to the Amazon page for Hammered) AND on the Hammered page.
Good luck, peoples! 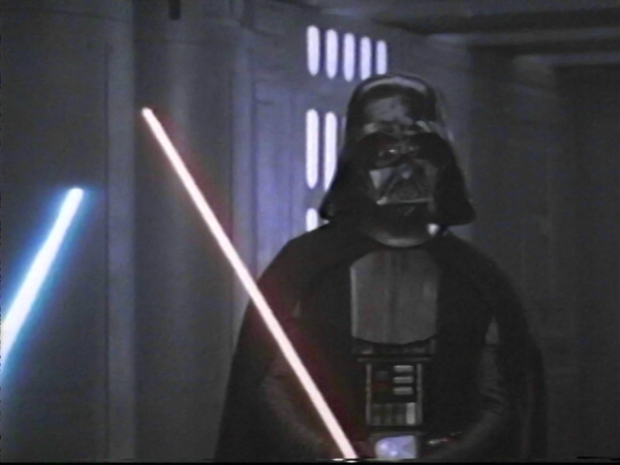 For writers out there, “The Hero’s Journey” is a classic plot/structure. Homer followed it with his Odyssey, and a vast majority of heroic-type tales have since followed suit. Here is the outline, placed in context by comparison to a classic tale that most know well, just to make it easier to follow each stage and step within. Courtesy of Books of the Dead Press’ website. Follow the link to see more…

“Star Wars and The Hero’s JourneyThe easiest way to comprehend Joseph Campbells Monomyth, also known as The Hero’s Journey, is to communicate it with a story we all know.I’m going to walk you through The Hero’s Journey, applying it to the film Star Wars, which is a great example of classic story structure. Once you understand the structure you’ll see it again and again in films and stories as diverse as Finding Nemo, 28 Days Later, The Karate Kid, and Aliens. The steps don’t always land in the same order, nor is every step consistently present. But like I said, once you recognize the steps they become hard to miss.”

via BOOKS of the DEAD PRESS: Star Wars and The Hero’s Journey.

via 10 Marks of a Self-Disciplined Freelancer | FreelanceFolder. 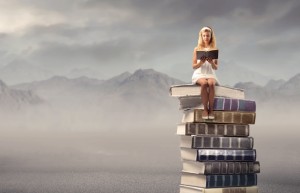 The best way to learn how to write a book is to read and write. Seriously. The write part is easy (hahaha—at least in theory). Write. As much as you can—early in the morning, or at night, or at lunch, or write every day at a specific time, or, or, or…(for ideas on time to write, here are some ideas in Make Time to Write and Find Time to Write). You get the idea.

Now for the reading part. If you are a writer, you are probably a voracious reader. Read, read, read everything you can, especially in the genre you want to write. Reading other’s work will help you study story structure and analyze what works and what doesn’t so you can apply concepts of writing that resonate with you to your own writing. How to do this? Read first as a reader to enjoy the book, then go beyond the “magic” and take a look behind the curtain to discover how the writer enthralled you. Get that other part of your brain working—not the imagination part, but the analytical part. Read as a writer. Deconstruct your favorite novels.

Novel deconstruction isn’t a book report where you just tell what happened in the book. This is a method of digging beneath the surface of the book to see what makes it a can’t-put-it-down read. This can be an eye-opening experience. Give it a try!

via Ten Steps to Deconstructing a Novel (or How to Learn from Great Authors) | How To Write Shop. 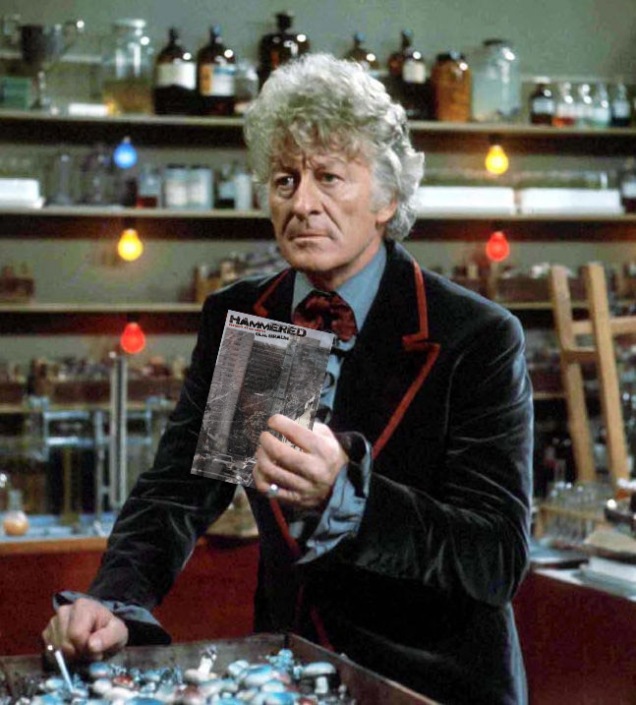 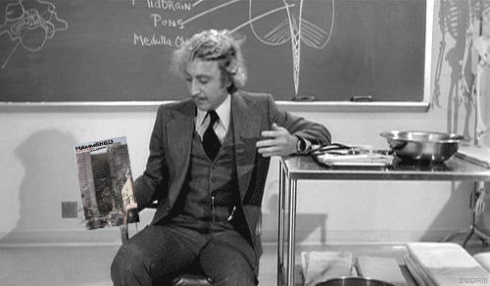 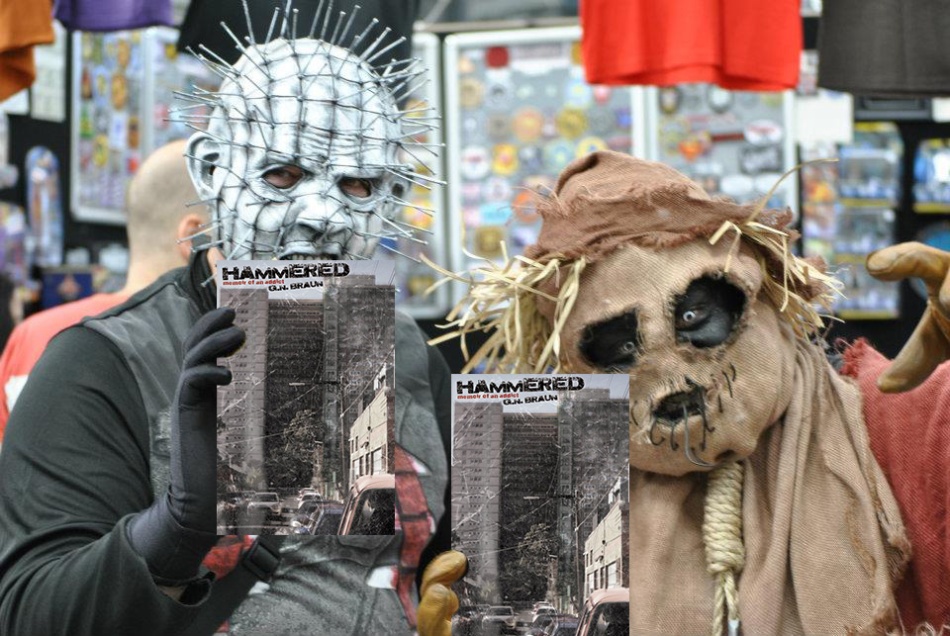 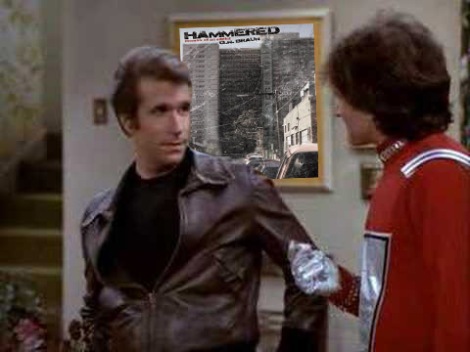 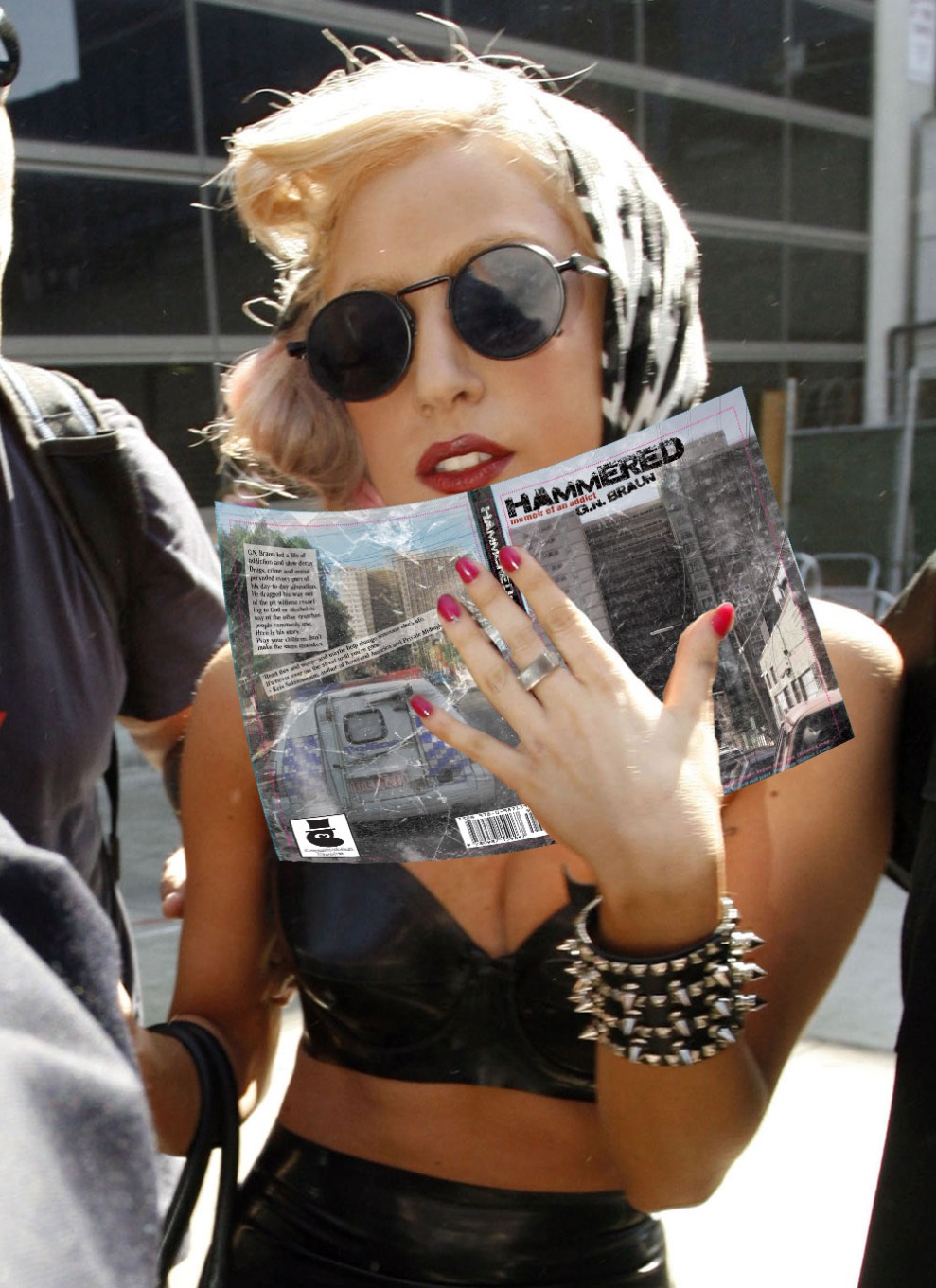 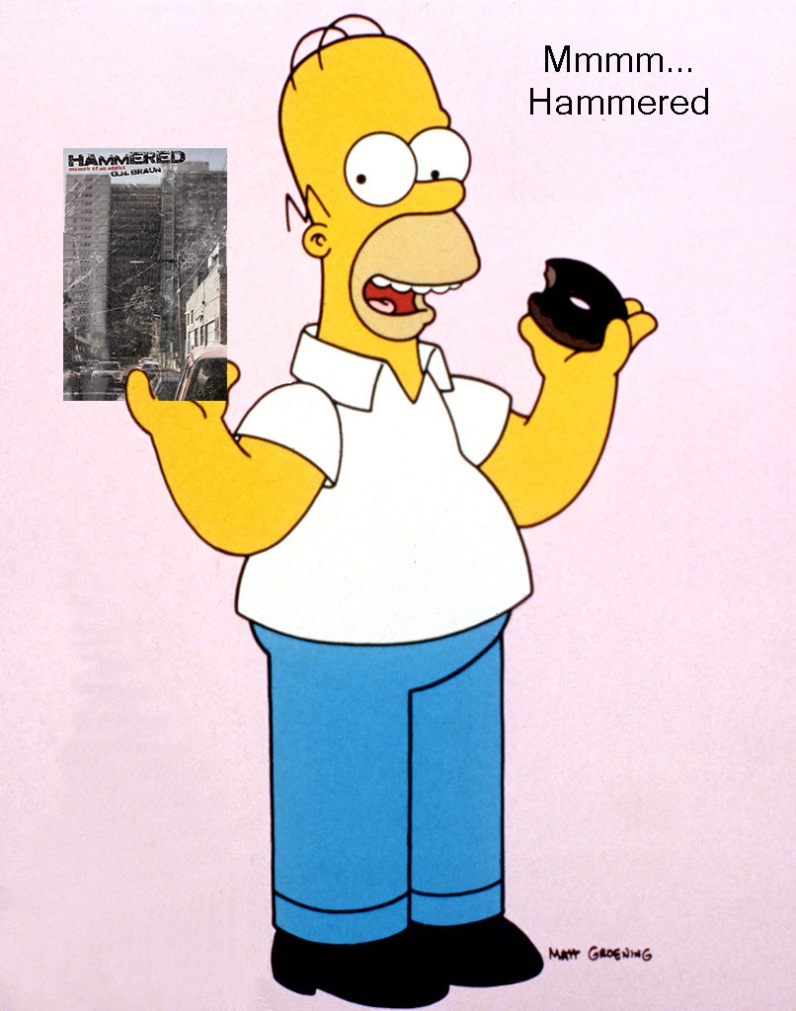 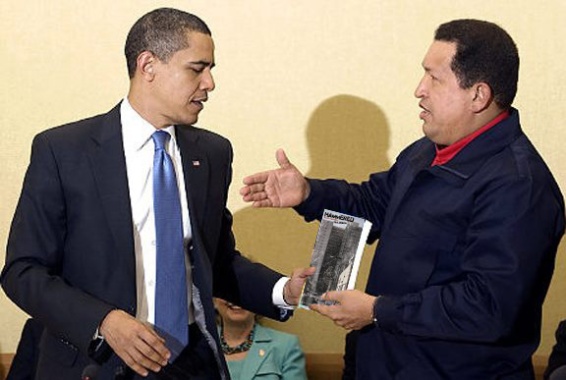 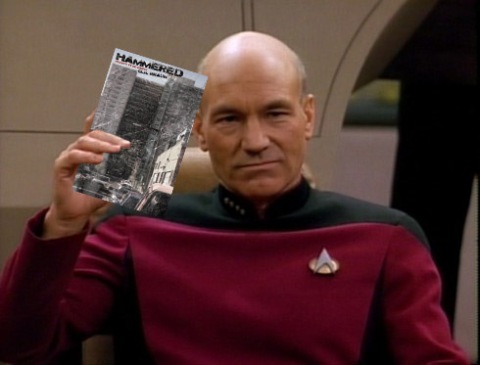 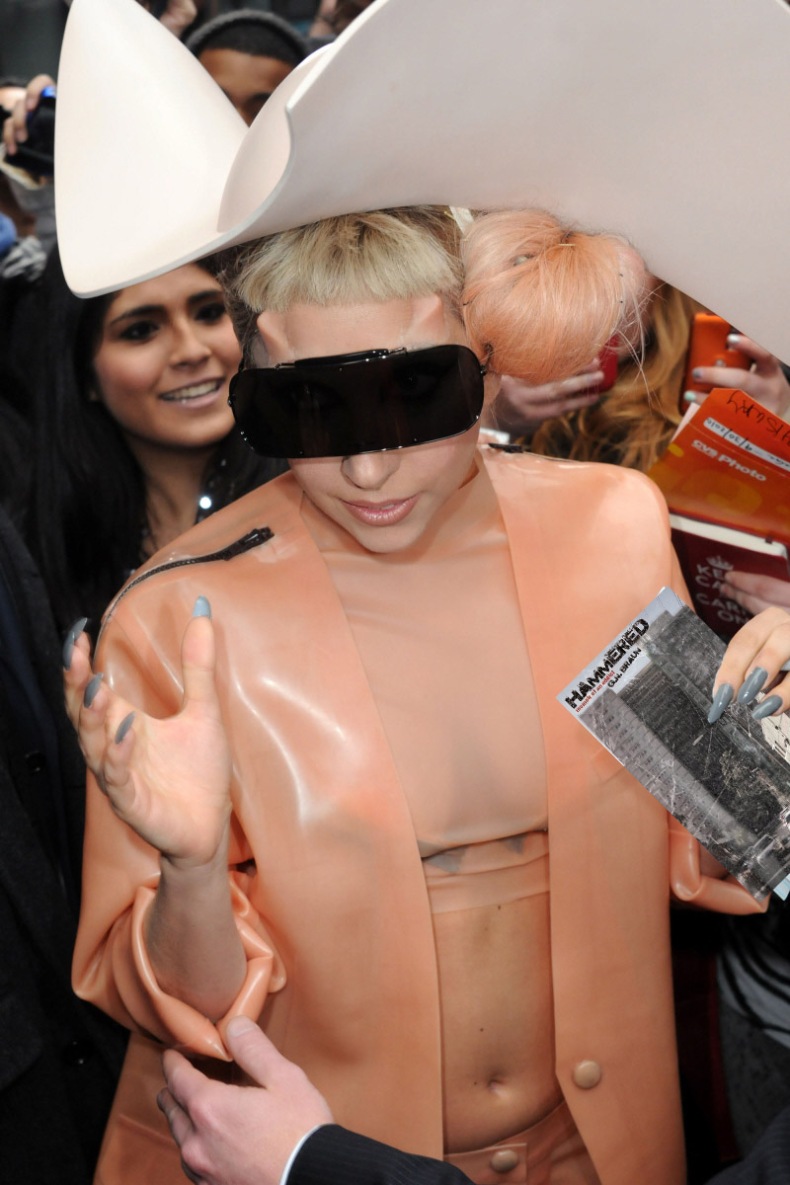 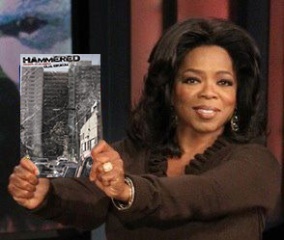 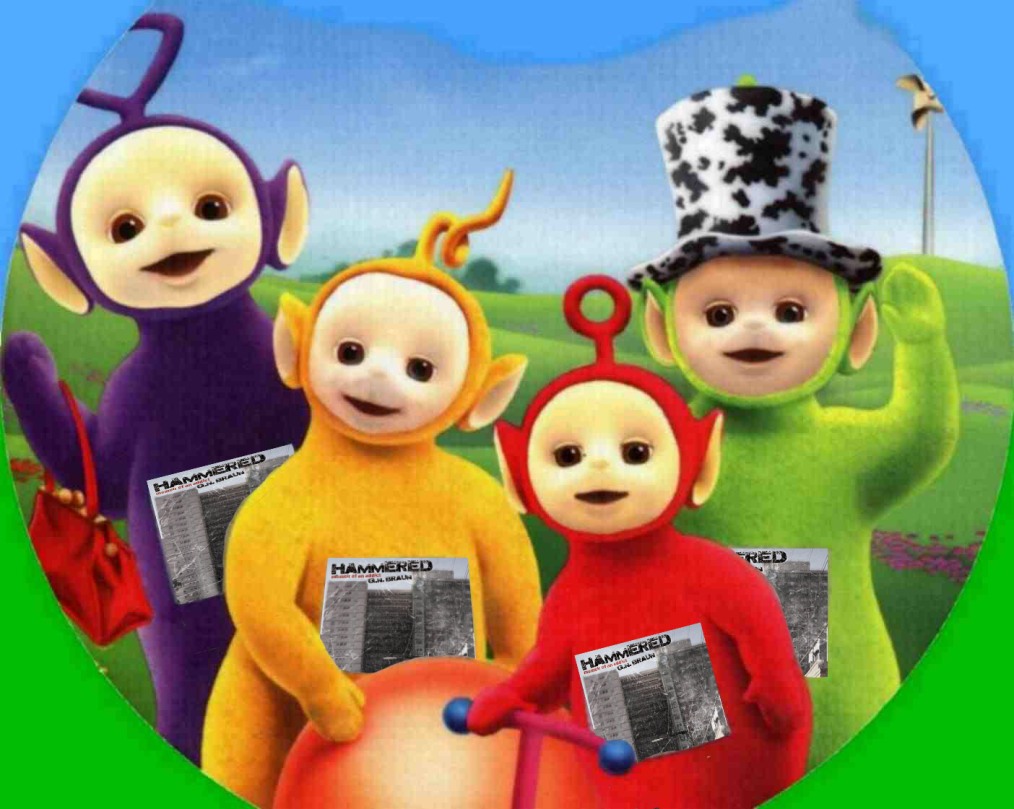 “People who use it are idiots,” said Professor John W. Huffman, who first synthesised many of the cannabinoids used in synthetic cannabis.

Until recently, it was possible to buy legal recreational drugs from many stores around the state and the country. Brand names such as Kronic and Bath-Salts have been flooding the market. 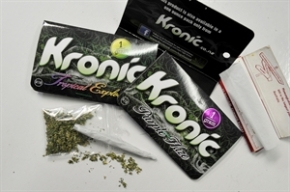 In Australia, synthetic cannabinoid products (often referred to as ‘synthetic cannabis’) have been available for the last two years. As in other parts of the world, they are usually sold through the Internet, as well as specialist adult stores or tobacconists. ‘Kronic’ is perhaps the best known of these and has received a great deal of media attention in recent times. Other such products available in Australia that contain synthetic cannabinoids include ‘Kalma’, ‘Voodoo’, ‘Kaos’ and ‘Mango Kush’. In a bid to avoid legal ramifications, drug users seemed to have been turning to these legal alternatives to get ‘high’. But at what cost?

The Sydney conference looked at the changing nature of synthetic drugs, and ways for the law to maintain relevance and remain effective in the new online and retail marketplace for these substances.

“Our laws have to keep trying to stay one step ahead,” she said

According to the National Cannabis Prevention and Information Centre (NCPIC), ‘studies show the vast majority of these chemicals have only been recently synthesized and little, if any, data exists currently about their side effects, adverse reactions, long-term damage, or dependence potential. Most importantly, there are no officially published safety data and almost nothing is known about their effects on humans’.

The Secretary Commonwealth Department of Health and Ageing, in a press release dated 8 July 2011, stated that the federal government had outlawed eight synthetic cannabinoids. After new legislation was passed in May this year, these alternatives are now just as illegal as the drugs they are designed to mimic. So far, synthetic cannabis is banned in sixteen countries worldwide.

Victoria’s Minister for Mental Health Mary Wooldridge welcomed the decision to make the laws regulating these substances uniform across Australia.

“Victoria has been pressuring the Commonwealth to urgently ban the possession of this potentially dangerous and harmful substance and I am pleased that as a result of our advocacy, we now have uniform laws across Australia in relation to these drugs,” Ms Wooldridge said.

These new regulations meant that the previously-legal drugs are now considered ‘controlled substances’, and their possession, sale and use is now proscribed by law. Any person found to be in possession of synthetic cannabinoids will face prosecution.