The remains of a female “vampire”, buried with a brick jammed between her jaws, have been found in Venice, Italian researchers say. 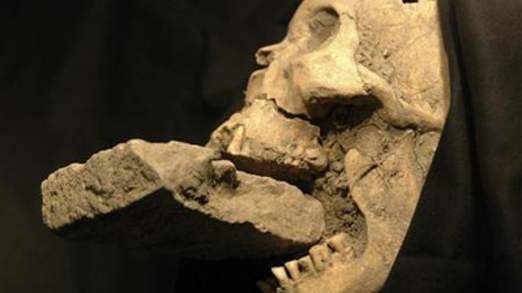 The brick is thought to have been used to prevent the woman feeding on victims of a plague which swept through the city in the 16th Century.

Experts said the discovery supported the medieval belief that vampires were behind the spread of plagues like the Black Death.

The skeleton was unearthed in a mass grave from the Venetian plague of 1576 – in which the artist Titian died – on the small island of Lazzaretto Nuovo in the Venice lagoon.

via Female ‘Vampire’ Had Brick Jammed In Mouth.