October 20, 2011July 22, 2012
A very special prize-pack is now up for auction at the AHWA site for Rocky Wood – Melbourne author; member of AHWA; president of HWA and all-round nice guy!

Donated by Jeremy Wagner, the pack consists of: 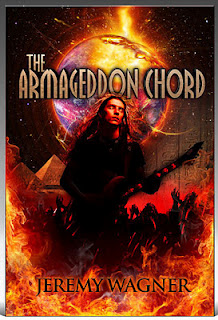 A signed/personalised first-edition trade-paperback of The Armageddon Chord
Deep beneath the Egyptian sands, an ancient and evil song written in hieroglyphics is discovered in the long lost and buried pyramid of the demonic pharaoh, Aknaseth. It is written, that if this song is performed for the world to hear, it will unleash the Apocalypse upon the world of man…Satan will reign and grant immortality to the chosen.
With the help of the abominable Egyptologist, Helmut Hartkopff, nihilistic multi-billionaire, Festus Baustone the Third will do whatever it takes to bring the song to life at any cost—even if his only daughter is to be sacrificed.
Kirk Vaisto, dubbed the “God of Guitar” by his millions of fans, soon finds himself caught between the forces of divine good and monumental evil. Vaisto begins a musical journey that takes him from an unholy chapter in ancient Egyptian history to the very remains of the Holy Cross, to the concert stage, and beyond all this, to the very edge of Hell itself.
Will Kirk Vaisto give the performance of a lifetime and either deliver our world from evil…or he will annihilate us all with the stroke of his hand?
What will happen when Kirk Vaisto strikes
The Armageddon Chord? 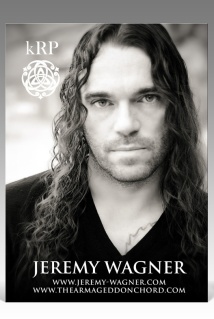 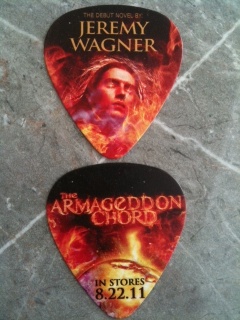 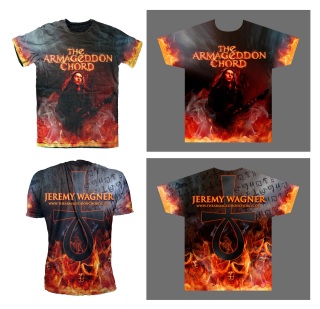 One The Armageddon Chord t-shirt (large).

Remember folks, the page with details is HERE!
You’ve gotta be in it to win it…