June 13, 2011February 25, 2014
Safe Injecting Rooms – The arguments for and against
Recently in Melbourne, Australia, the State Parliament overturned plans by Yarra City Council to set up a safe-injecting facility in Richmond, one of the most drug-ridden suburbs in the city.
Richmond has a real drug problem. The Housing Commission flats are riddled with heroin addicts and heroin dealers. Residents have to put up with these addicts and dealers flooding the streets on a daily basis. Used syringes lay discarded everywhere throughout the back alleys and stairwells of buildings, forming a real and serious health-risk. Drugs and money are exchanged in public places, usually on the main shopping strip, as well as all throughout the back alleys around Victoria Street. 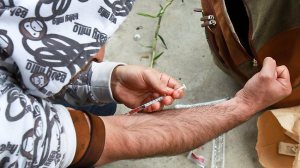 I know all of this because I was a heroin addict for over twelve years, visiting Richmond on a daily basis to score and use the drug. I even lived in the commission flats for a period of six months. The sub-culture of drug-use is ingrained in the area, and will likely never go away. Enforcement by police will only move it around, it will never eradicate it. Jail one dealer, and two more spring up from the countless users that inhabit the suburb and other parts of Melbourne.
Just as police action won’t eradicate the drug issue, denial of services won’t drive it away either. The question should always come back to harm-minimisation for both users and the immediate environment. 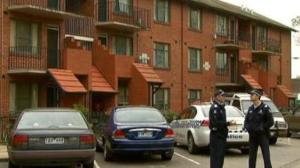 What is a Safe-Injecting Facility (SIF)?

A SIF provides a safe and supportive monitored environment for users of IV drugs to have their hit. It commonly includes an intake area, a waiting area, injecting spaces, availability of medical equipment for overdose, a contact café, primary healthcare space, toilets, an alarm, a telephone, and, in some cases, a smoking/inhalation room (Broadhead et al., 2002; Kimber et al., 2005). In the intake area, clients register before being admitted to the waiting area (ideally a large area).
SIFs typically provide multiple services to Intravenous Drug Users. Their main purpose is to offer a place where drug injecting can occur, which is staffed at all times by health professionals (Broadhead et al., 2002). The primary role of SIF staff is to provide safer using education to clients without directly assisting the clients with injecting their pre-obtained drugs (Fast et al., 2008; Schneider & Stover, 2000; Kimber et al., 2005). In particular, safer using education is provided to clients identified as being at greatest risk for blood-born virus transmission or injecting-related injuries or diseases due to factors such as homelessness or engagement in sex work (Wood et al., 2005). This approach is reported as being valued by clients as it allows clients to raise health and welfare concerns during the injecting process (Fast et al., 2008). 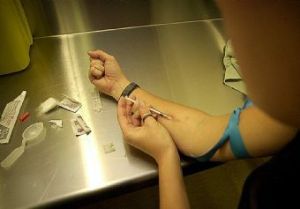 Other services commonly provided by the staff at SIFs include overdose response, counselling, outreach, safe disposal of used injecting equipment, Needle & Syringe Exchange Program, opportunistic brief intervention, access to primary health care, and referral to other health and social services (Broadhead et al., 2002; Kerr and Palepu, 2001; Kimber et al., 2005; Wood et al., 2004).
Typically there are 10-12 injecting spaces in a SIF. A hand-washing area is also provided. Clients are generally allowed a time period of around 30-45 minutes to inject. A space may be available for clients who wish to stay at the facility after injecting (Broadhead et al., 2002).
(Yarra Drug & Health Forum 2009, pp11-12)

There are many arguments both for and against installing safe injecting rooms in drug-riddled suburbs. The main ones are as outlined below:

·The Case For Safe Injecting Facilities:

-Prohibition has been proven over and over to be ineffectual in controlling what is termed ‘anti-social’ behaviour. Since we can’t seem to stem the demand for illicit drugs by criminalising the act of taking them, we, as a society, need to review the entire concept criminalising addicts and users. It would be more effective in regard to community health to try and lessen the impact of drug-use on both the users themselves and the immediate environment and society that the users inhabit.
-Safe rooms would allow for more careful monitoring of users, and for proper disposal of discarded equipment, like syringes, which can be a massive health risk to others if discarded improperly. Safer injecting practices reduce the incidence of blood-borne viruses in users and hence the wider community. By reducing public injecting, the public is less at risk from discarded needles and paraphernalia.
-Users would be less likely to share needles and to use contaminated equipment; there would be less incidents of overdose, lessening the demand on emergency services; by referring users to medical treatment, incidence of addiction is reduced, resulting in a decrease in demand for illicit drugs. In Sydney, where there exists Australia’s only Medically Supervised Injecting Centre, users are able to be referred to appropriate services to seek help for their issues with drugs of dependence.

·The Case Against Safe Injecting Facilities

-The term ‘Safe Injecting Facility’ is an oxymoron. It would send the message that an inherently dangerous act is, in fact, safe.
-Heroin is a prohibited substance, and by establishing injecting rooms authorities are sanctioning illegal activity. Allowing drug use even in a controlled environment sends the message to drug users – and potential future users, including children – that sometimes drugs are OK. The existence of a safe injecting facility encourages ongoing drug use rather than reduction or cessation. If users have a safe environment to use drugs, they have no incentive to stop doing so.
-The “honeypot” effect: Once users have a sanctioned place to congregate, opponents say drug-related crime will increase in the area. According to this theory, dealing, violence and drug-acquisition crimes (eg stealing to pay for drugs) will intensify due to the ready supply of clients. 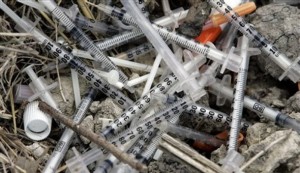 The arguments as outlined above have been circulating for years.The difference is that now there’s a decade’s worth of research to either back up or refute each claim. Sydney first opened the King’s Cross safe room ten years ago. Since then, the Kings Cross SIF has been operating successfully, without becoming the ‘heroin-mecca’ many naysayers proclaimed it would become. The arguments against seem to be grounded in the ‘people shouldn’t be using drugs anyway’ mindset, but we all know that what people shouldn’t be doing rarely interferes with what people DO do. The ‘ostrich’ method of pretending not to see the real issue won’t help us here. The fact is that illicit drug use does occur within our society, and we need to look at effective ways of dealing with it and with the people who do it. Clogging up our jail system with addicts and street-level dealers who are addicts themselves doesn’t seem to be working, so it’s time to adopt a more effective approach. In my opinion, the harm-minimisation ideology that has been incorporated in Australian drug-treatment circles is the best way to overcome the threat posed by drug addiction. We can close our eyes and pretend it doesn’t affect us; we can say it’s a legal problem; we can say that by providing services to reduce the risks involved we are enabling drug-users. When all is said and done, this problem is here to stay, and it’s best treated as a social problem rather than a legal one. Drug-addiction is an illness, like alcoholism, and can only be cured through intervention and access to services rather than prison terms for already marginalised addicts.

One thought on “Safe Injecting Rooms”