May 30, 20102 Comments
…some really amazing photography/art…

The heroin-addled streets, populated by junkies just looking to score. It pays to be careful about what you’re pumping into your veins because you never know what you’re going to get. But let’s face it – if you’re looking to score in a cemetery you kinda have to expect the worst. Boneyard Smack is a short, sharp story, covered in more grime than the cutlery at a one-star motel.

As an added bonus, this story is presented in a super grim, all black edition that peppers things rather nicely.

Revenge has never tasted so sweet (and slightly putrid). From the same G.N Braun who brought you “Boneyard Smack” comes this (admittedly revolting) tale. Strap yourself in for a bloody bout of comeuppance courtesy of the diabolical anti-hero, Bubba.

~~~~~~~
Both Available for FREE DOWNLOAD from Legumeman Books Free Series

I read this in one sitting, laughing out loud the whole way through.
I will post a full review soon, but the only issue I had with this hilarious romp through anthropomorphic Hell was that it is TOO SHORT!
Review forthcoming.

I was casually surfing on YouTube today, looking for exciting shit while on a break from the writing. After totally geeking out on the Megalodon clips, I came across a link for this…

I then surfed another (totally unrelated) link, and came across this example of a master at work…

I hope you enjoyed that as much as I did. I’ll be searching for some more examples of wicked martial artists soon enough, but for now here are some vids of Jackie Chan and the late Bruce Lee…

First up, from The Young Master, one of the best Jackie Chan fight sequences I’ve seen

Ba’al slammed through his front door, eyes tracking around the living area of his modest demonic demesne as servants and slaves scattered in the face of their master’s wrath. Standing over nine feet tall and close to a ton in body mass – most of it hard, gnarly skin the colour of a ripe plum covered in spines, razor-sharp bonespikes and strong, defined muscle – Ba’al was impressive. He was an upper level demon, an elder with the whole demonic-power thing happening – fireballs and all that shit – as well as a three demoness harem and eight somewhat disappointing children, both males and females. Right at this moment he was looking for his eldest male child by his ugliest wife.

The door to the hallway, a massive slab of carved soulwood that had to weigh at least half a ton, slid slowly open and Baalzer poked his red, artfully-scarred head carefully around the edge of the portal.

“Where the fuck are my goats?”

“Yes, my God-fucked goats! Where are they?”
The very ground trembled at the outrage in Ba’al’s voice. He fancied himself a geneticist by dint of the fact that he bred goats, a certain type of goat native to Fistula – the lower plane he resided on – and he bred them well. They averaged about six foot at the shoulder with a remarkable set of razor sharp horns perfectly suited for ripping anyone who got in front of them a new arsehole in two seconds flat. He loved his goats dearly, and abandon all hope anyone who messed with them.

And now they were gone!

Ba’al wanted answers, and Baalzer seemed the logical place to start as he was the assistant goat-keeper to Ba’al’s role as supervisor.

“Fuck, Dad, they were fine this morning when I fed them.”

“And pray, just what did you feed them?” Ba’al’s voice was like a silk-covered razor blade, all soft and menacing.

“And they were fine? When you left them, they were still there?”

“Yes Dad…they were still there.”

The sound of bells from on high shattered Ba’al’s train of thought. Both demons looked towards the ceiling as if it may have suddenly grown bells, but there was nothing there to explain the tinkling that now grew in volume.

Father and son rushed to the front door to see what the fuck was going on. Soon enough they knew.

There, right slap bang on top of Ba’al’s roof – right here in Fistula itself – was a fucking sleigh. In that sleigh was a fat fucking human in a stupid red and white suit with a fucking fur fringe. And finally…hooked up to that fucking sleigh were BA’AL’S FUCKING GOATS!

This goes way beyond the pale!

Ba’al raised his right paw and began making esoteric gestures, drawing upon the very powers of Hell itself to grant him the death of this stranger. That was his mistake.

Santa (for that’s who it was, Ba’al realized) reached down into the footspace and drew forth a long brown and grey cylinder that intrigued Ba’al for a moment. But only until the moment that Santa aimed and fired the RPG-7, the missile slamming Ba’al to the ground in an explosion of fire and debris. He rolled to his goaty feet in an instant, but too late to do anything but watch as Santa cracked his razor-whip and set the goats – Ba’al’s goats – into a flurry of flight. In a second the whole thing was barely a black dot in the red, red sky.

Ba’al vented all his ire and rage in one sentence.
“I fucking HATE fucking Goddamn fucking Christmas!”

As the expletives zinged off after Santa and sleigh, Baalzer scuffed his cloven hoof in the sand and wondered if he would have more time to torture telephone marketers now…

And remember…
The Goats of Ba’al will swallow your soul!

An Aussie teenager has done what many (myself included) didn’t think she would pull off. A solo unassisted circumnavigation of the world. Her start was a little shaky, but after that it all appeared to be plain sailing.
A month prior to setting off to break the record for youngest to circle the globe unassisted, Jessica had a little accident…

‘TEENAGE sailor Jessica Watson had been asleep for several minutes when her yacht crashed into a 64,000 tonne bulk carrier, transport officials said yesterday. ‘ The Daily Telegraph, October 21, 2009 12:00AM

This did not bode well for the future.
Yet today, in less than an hour, she sails into Sydney Harbour to celebrate a successful journey.
Well done, Jessica Watson.

…WELCOME ONE, WELCOME ALL…
Ladies and GentlePerps, children of all ages…
DISCLAIMER: No-one under 18 should be reading this blog.

…WELCOME once again to the travesty that is…
…GNBraun’s Blog aka And The Horse You Rode In On…
Drop by and enjoy the freakshow…marvel at wonders never before seen by man (not even woman has seen some of them)…drop a coin in Sideshow Alley…
DISCLAIMER: No Gambling on Premises.

Spend a little time checking out the House of Horrors…and don’t forget to view our ultimate exhibit…THE GIMP!

Shudder as he eats glass, cringe as he bites the heads off live politicians, projectile vomit as he gives it to the bearded gerbil girl

…you will never be the same again!
Now, to the real message…
FOLLOW MY BLOG, YOU BASTARDS!!!
Just Click on the Link Below…..:D

I Went to GNBraun’s BlogPage and ALL I GOT WAS THIS STUPID WEBLINK!

*Stupid Weblink disabled due to your already being here…

Horror Mall. Shane Staley and Larry Roberts, now joined by many subsidiary shop-owners. A loyal group of fans, readers, collectors and forum-members. A highly-talented group of authors. Some very good publishing values.
Do all these combine to make for a good shopping experience?
In my experience they do.
They have a number of stores and altogether a fine range of horror-related fiction, DVD’s, clothing and ephemera. 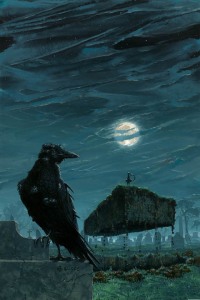 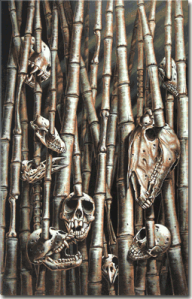 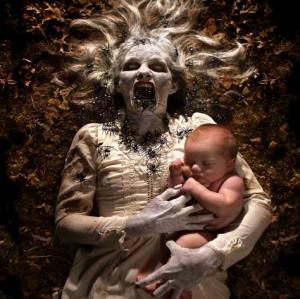 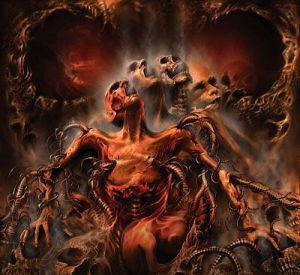 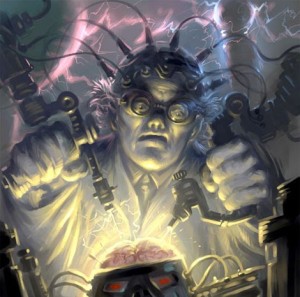 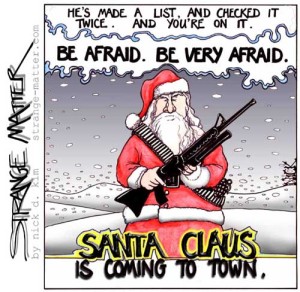 The Federal Police in Australia maintain an elite unit called the Special Response and Security Team. The leader of the Tactical Response Team within the SRS, Detective Inspector John Marks, spoke with the Federal Minister for Justice via video-link.
“Sir, can you contact the State Police Minister and ask him to call his dogs off. This is our yard to guard!”
“I’ll do what I can, John. Just play nice, okay? Keep the situation contained until the Tactical Assault Group gets there.” The screen went dark, the link broken.
Marks turned to his second in command, Detective Sergeant James Headland, in consternation.
“Fucking Special Operations Group…don’t they realise we have jurisdiction!”
“Boss, you know they’re like lockjaw lapdogs…don’t matter if it’s too big, they just won’t let go.” As Headland finished talking, the door to the Mobile Operations Support Vehicle opened and in stalked DI Corey Whitaker, the nominal head of the Victoria Police Special Operations Group. Whitaker was a slight man, but projected a powerful presence. He was used to being obeyed. Marks decided to take the offensive.
“Whitaker, get your boys out of my way, and keep them out. Comprende?”
“John, there’s no need to be like that. Oh…and fuck you, too! My guys were first on scene, and that deserves a little respect on your part, I feel.”
“Your uniforms were first on scene, not your soggies!”
Whitaker flared up. “DON’T call my boys soggies. You know they hate that!”
“Sir…” The voice came from the CCTV monitoring station, where plainclothes SRS officers manned the consoles, keeping eyes-on the target. Marks ignored it.
“You, Whitaker, need to do your job as outlined in your mandate…providing support services for us! This is an unplanned operation with international ramifications.”
“SIR!” The voice came again, more urgently this time.
“What?”
“Sir, we have an unknown subject present in the operational area.”
“WHAT? Who the fuck is in our combat zone?”
“Sir, it looks like…it looks like Santa!”
“Santa is just make believe, Constable…he doesn’t actually exist!”
“Tell that to him, Sir.” The Constable gestured to the screen that showed a fat – and perhaps jolly under different circumstances – round figure dressed in a red and white camouflage outfit.